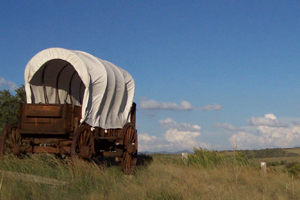 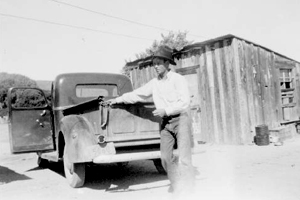 There has been human habitation in the area of the Williamson Valley Community and Williamson Valley proper since at least 900 A.D. The first settlers were the Native Americans who migrated into the area to hunt deer, pronghorn, and smaller game. The Community also served as a passageway for these early settlers to and from the pine forests of the south. Archaeological studies have shown these early Native American tribes used the area for seasonal encampments, storage, and in some cases, permanent habitation. Petroglyphs along washes are at least 1000 years old. The discovery of gold in the 1850s brought a new migration of Euro-American miners and settlers into the area. The Yavapai and Hualapai tribes, already established in the area, considered this as an invasion of their territory and hunting grounds.

In the 1860s this led to hostilities resulting in deaths on both sides. When the Civil War began, the Federal government established Arizona as a territory. Troops were stationed in the area to protect the gold mines and the growing number of settlers from both the Confederates and the hostile Indian tribes. In turn, the presence of the army and the growing civilian population created a demand for beef and hay. These events laid the foundation for agribusiness in the area. The lush grass in the Williamson Valley provided a natural basis for raising both hay and cattle. In 1864, a cattleman named Stevens brought livestock into Williamson Valley and began the long and prosperous connection between the valley and the new markets in Prescott
and beyond.

Williamson Valley was named after Lt. Robert Stockton Williamson who served as a government surveyor in Arizona in 1854 with Lt. Joseph Ives. Since the valley was a natural passage to the Prescott area, Thomas Simmons, a civilian, established a stage station in the 1860s. Simmons, originally from Arkansas, provided meals, an exchange of horses, and also manned a post office. As postmaster in 1871, Simmons designated the station “Wilson,” after the late Commissioner of the General Land Office. In 1873, the name was changed to “Williamson Valley.” In 1881 the name changed once again, this time to “Simmons”, until the
station closed in the 1930s. What is now Williamson Valley Road was known for many years as Simmons Highway. In fact, county publications continue to designate the name Simmons Highway on official maps.

Further south of the valley, the Community developed a similar economic structure based on ranching. In addition to the cattle industry, the Community diversified into small farms that provided fresh vegetables and fruit for residents in Prescott.

The following is an overview of life in the Williamson Valley Community in past years: